The Cinema Balzac is just off the Champs-Elysees and was the perfect place to be on a rainy Sunday. Especially because there was a treat in store- literally. When we entered the lobby, we were surprised that a man was bearing gifts for the children in the form of free Ben & Jerry's ice cream. Back home, an ice cream at the movies sets us back at least five bucks. No matter that it was only 11:00 in the morning and we had just finished a late breakfast. Anytime is ice cream time when you're a kid.

The real treat however were the feature films. Silent movies from the early 20th century accompanied by a live piano musician. I recall seeing a few of these films as a child, but I had forgotten how silly and gut-busting Charlie Chaplin and Laurel & Hardy can be. By the sounds of laughter coming from the audience, I was not alone in my love for this art form. Again, the French show us that culture is alive and well and aimed at children. Nicely done. 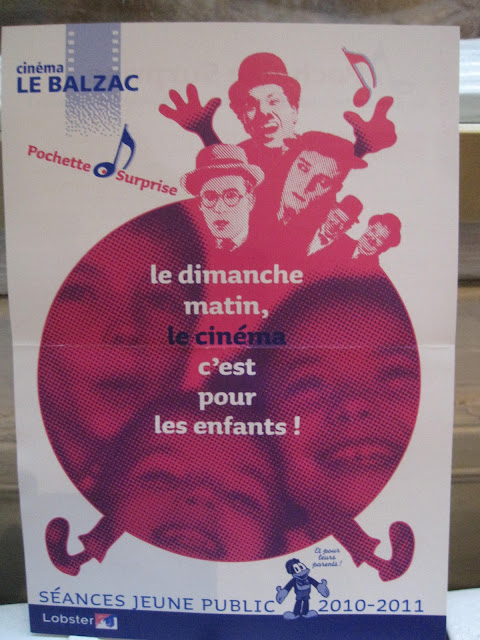 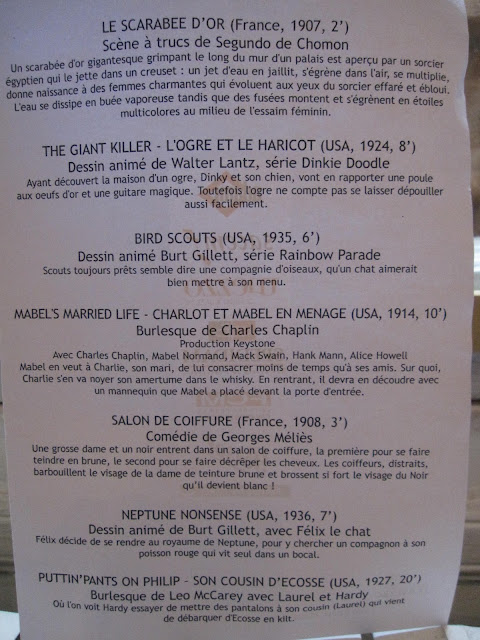 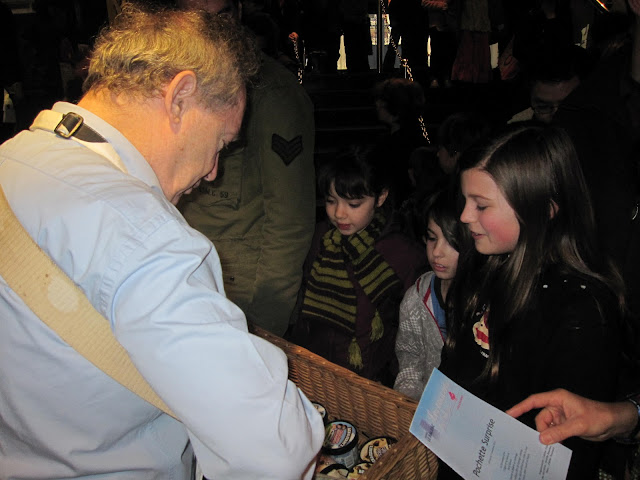 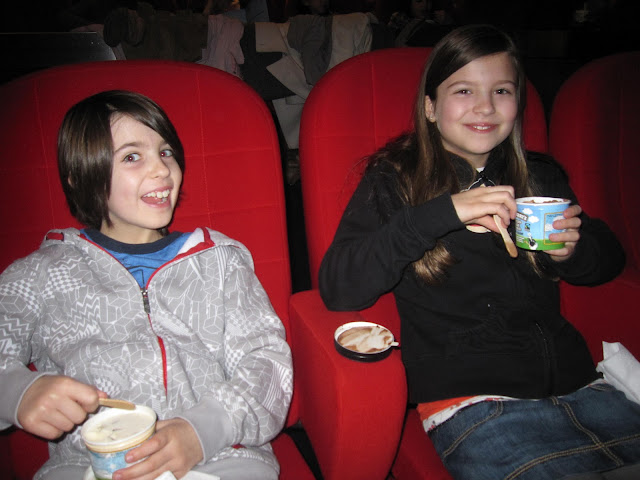 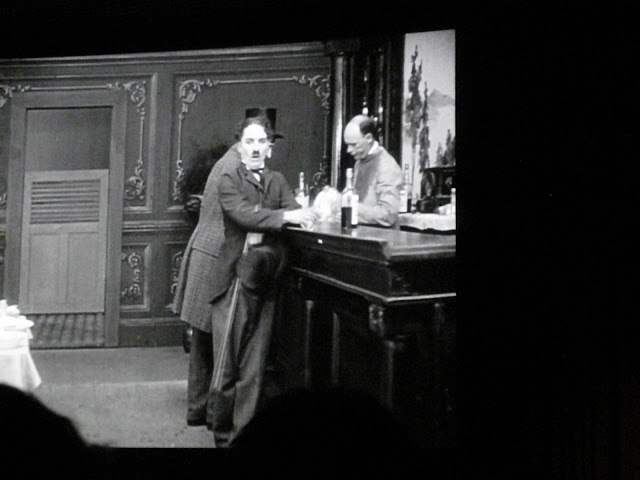 As we exited the theater, I found myself daydreaming about opening my own cinema in Walnut Creek dedicated to silent films accompanied by live piano music. Later, my Google search turned up what looks like a little gem in Fremont. So, if you want to (hopefully) experience the same delight as we did, check this out: http://www.nilesfilmmuseum.org/