Many times in the months and days preceding our big move to Paris people told us that after about three months of Raelyn's and Nola's attendance at school, they would be conversant in French. This was very exciting to think about, but hard for me to wrap my brain around fully. I had taken one semester of French at the age of 40 and could still barely manage to conjugate basic verbs let alone pronounce them properly. Why can't the adult human brain function in the same absorbent way like it does when we are children?

I was especially uncertain about equipping Raelyn and Nola with the means to speak to each other in my presence without me knowing what they are saying. 2 Kids + 1 "Secret Code" Language = 1 Annoyed Mama. But I was willing to overlook this and forge ahead with our plan for them to learn French.

Within the first month of school, the girls were picking up some vocabulary words and basic sentences. By the end of October, Raelyn had the confidence and courage to use what she knew in public: Ordering at restaurants, asking for directions, you know- basic tourist French. Waiters, shop owners, her teacher- they all complimented her lack of any accent. This reinforcement created a feedback loop such that Raelyn began to branch out even further and correct my botched pronunciation and verb tenses (with a bit of airs and attitude that tends to be quintessentially French).  In addition, she became bold enough, for example, to march up to a store clerk in BHV (one of Paris' huge multi-floored department stores) to ask him, "Où est l'élastique pour le saut si vous plait?"  Next thing we knew, he directed us to the display of Chinese jump ropes. Et voila! It was an amazing moment for me to behold, this daughter of mine taking charge to get her needs met.

By now, I realized, Nola was experiencing a bit of a disservice thanks to the arrangement Soren and I had fought so hard for back at the beginning of the school year. Placing Raelyn and Nola together at the same school and in the same language adaptation class offered them a great deal of comfort and offered me an ease with our daily schedule, but, very quickly, Nola's shy self became reliant on Big Sister for help in class. For example, if Nola had a question, she would whisper it to Raelyn, in English, rather than asking the teacher, in French, as the other students had to do. By the time we realized that this dynamic was at play, Raelyn and Nola were fairly entrenched with it and we had to coach them through a re-working of how to operate at school so that Nola would have to step out of her comfort zone a bit more.

The other hindrance with their absorption of French, particularly for Nola, is the fact that many of their French schoolmates speak enough English so as to converse this way in the cafeteria and on the playground. For a while, we were concerned that during their eight-hour school day they were perhaps speaking more English than French.

By November Raelyn had demonstrated to her French teacher enough knowledge of the language to be assimilated with her fellow French classmates into the Math class for her grade. This accomplished two things: First, Raelyn would be exposed to additional French terminology and introduced to a wider array of (and hopefully non-English speaking) students. Second, Raelyn's time spent away from the language adaptation class to attend Math class meant an extra hour every day that Nola had to rely upon herself.

Meanwhile, Nola had begun to be assimilated in with her fellow French classmates for Sports, Art, and Music. However, Nola's language proficiency needed to improve more before she could attend Math class. "Nola is very timid," her teacher would say to me. "She understands more than she speaks." This fact was demonstrated clearly to us when, during a Skype call with Soren's family, Soren's father was speaking French to the girls. Nola carried on her end of the conversation in English, responding to what was being said to her in French. Clearly, her brain was functioning like the sponge it is at her age and she was soaking up the language like her sister, but Nola's shyness had too firm a grasp on her confidence to speak anything other than English and the occasional polite French necessities (bonjour, si vous plait, etc.). Bribing her, shaming her, or criticizing her are clearly not going to be helpful so we simply adopted an "it is what it is" mentality while letting her know that we know she's getting it in her own way and time and that we look forward to the furture surprise she has in store for us.

Last Sunday Raelyn and Nola were invited to the home of Violaine's (she is Soren's French step-grandmother) parents' home for an afternoon of make-overs, holiday baking, and decorating with their granddaughter, Lena, and her two cousins. We had met Lena and her mother, Aline (Violaine's younger sister) last year when we came to Paris. The girls were excited to see their French cousin again and Raelyn was eager to speak some French with her this time. While the girls were playing at the house, I got to spend the day at Les Puces de Saint-Ouen, the most famous flea market in Paris offering an enormous selection of furniture, prints, paintings, mirrors, antique luggage, vintage clothing, hardware, and kitchen goods. What a treat! Aline's parents have been in the antiquing business for years and now she and her brother, Francoise, run the family's stall located in the high-end Marche Paul Bert. Last year, Aline opened her own stall across the alley where she sells her unique, fabulous lamps. This was my second visit to this market and both times my inner interior designer was in heaven, especially because there are a handful of dealers that specialize in what makes me drool: Bauhaus, Mid-Century Modern, and Post-Modern furniture. I need to remember to bring a bib next time I visit. And large quantities of cash. After my lovely day of gawking at the dealers' goods, visiting and lunching with Aline, and spending a day in the life of a dealer at Les Puces, it was time to fetch my daughters.


Aline's parents, who I had never met until arriving at their home to pick up the girls (they live just west of Paris, requiring a Metro ride and a taxi) are a friendly, gracious couple. I stayed for tea and le goûter (the French term for the mid-late afternoon snack that tides one over until the dinner hour at 8:30). Upon entering their home, my ears were treated to the delightful sounds of five girls playing Tag and Hide-n-Seek, in French. And this is when Nola's surprise greeted me, most unexpectedly. I don't think Nola was even fully conscious that she was speaking to her fellow playmates in French. She spoke simple phrases, but they flowed out of her effortlessly as she chased and hid. My two daughters, lost in the glee of play, were conversing in their, now official, second language. Nola, for example, when hiding, declared to her sister, "Allez! Je suis sous la table!" ("Go! I am under the table!") And Raelyn used her ever-increasing skills to stand her ground with Lena by stating firmly, "Non, je l'ai été la dernière fois. C'est votre tour maintenant." ("No, I was 'it' last time. It's your turn now.") It was a surreal moment for me, one that I will never forget and can be summed up with one simple word: MAGIC! 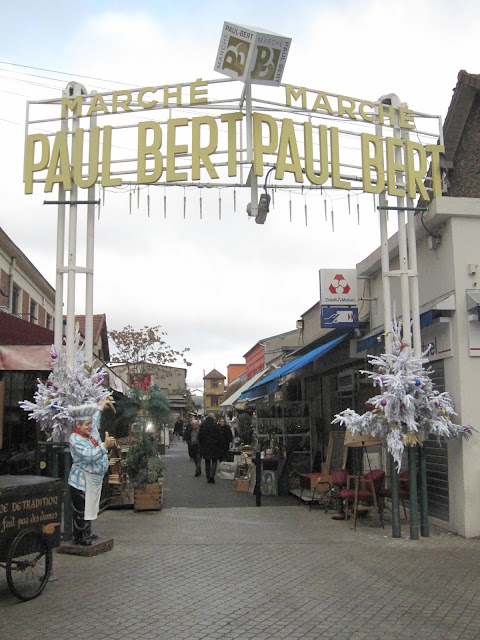