Last Sunday, after sleeping until 11:00 a.m., post-U2, we were picked up by David in his little Renault again and driven to his home in Créteil where his wife, Nathalie, and their new baby son, Mathias (pronounced "Matisse") were waiting to have lunch with us.

Like our first visit, we were toasting champagne and enjoying a beautiful sunny day overlooking the lake. Mathias slept almost the entire visit, but during his brief awake moment we were sure to capture photographs of Raelyn and Nola with their new little French cousin. We had to explain more than once to them how this baby is actually related to us. Soren's complicated family tree is always a challenge to wrap one's brain around. 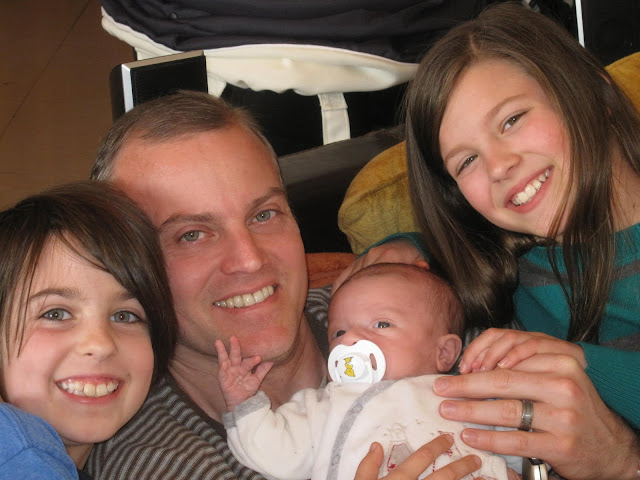 As I mentioned in previous posts, we had to purchase insurance for the girls so that they may attend school here in France. We learned of this requirement last minute and dutifully rushed to the insurance office to make the necessary purchase, trusting that we would not be taken for a ride since this was clearly one situation where we could not avoid our status as dumb Americains. The insurance agent did not speak English and his attempt to explain the purpose of  l'assurance scolaire, though earnest, did nothing to help clarify the matter for us. We could not understand why, since the girls are French citizens and eligible for socialized medical care and we have additional international medical insurance, the public school system requires l'assurance scolaire.


Since then, we have been keeping a mental checklist of all things confusing that we need to have clarified. We hoped that David, despite our mutual language barrier, could provide the answers we were looking for. I could write about the question and answer period that we had with David and Nathalie, but I think the video footage will speak for itself. In this first clip, where Soren asks David what l'assurance scolaire is for, you will no doubt notice Soren's dashingly debonair command of the French language, which, to the French ear, probably sounds a lot like baby talk. No offense to Soren,  of course.

David and Nathalie were eager to provide an answer, but they had their own struggle doing so, explaining that the concept of l'assurance scolaire is très compliqué. So, with David's masterful use of the apéritif dishes, he used his own form of baby talk for our benefit. Nola caught the moment on video with her own brand of cinematography.


Despite David's brilliant use of objects at hand, and Nathalie's use of her iPhone translater application, their baby talk was not dumbed down enough for us to fully comprehend. Or maybe we should give them and ourselves the benefit of the doubt and blame our lack of understanding on the très compliqué nature of l'assurance scolaire. What we gleaned from this massive effort to communicate about this subject is that all French school children, in the event of suffering an injury on school premises or while commuting to and from school, need l'assurance scolaire. Sounds simple enough, but we could tell that there are complex layers that are beyond our understanding. In the end, we decided to laugh it off and get on with our meal.

And finally, two more clips of our afternoon. The first, a rousing rendition of "Happy Birthday" for Mathias, Nathalie, Raelyn, et Nola who all have late August/early September birthdays. Instead of birthday cake, we celebrated with a delicious homemade tarte tatin. The second video displays David as the wonderful teacher that he is, gracing us with one of his many language lessons. As you can see, we had a delightful afternoon with our French cousins and we relished in the customary post-lunch walk around the lake to aid with la digestion as David explained. What I love most is that sharing a common language is not a prerequisite for enjoying each others' company. 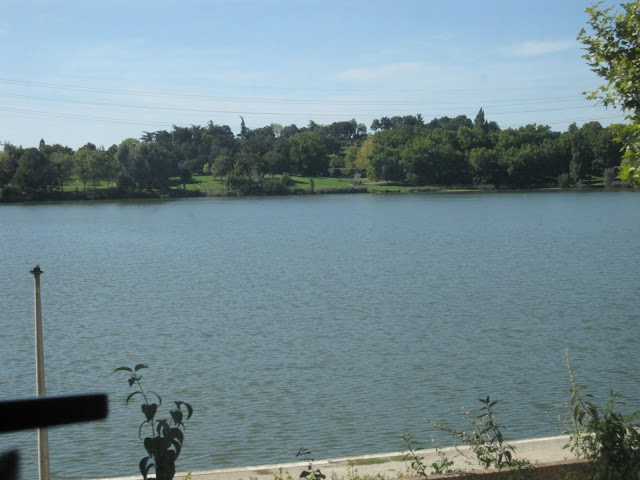